A new offensive against Alzheimer’s disease

Supported by a $3.7 million NIH grant, Tamer Ibrahim and collaborators will use next generation Tic Tac Toe 7T MRI Technology for real-time visualization of CSF flow in the brain 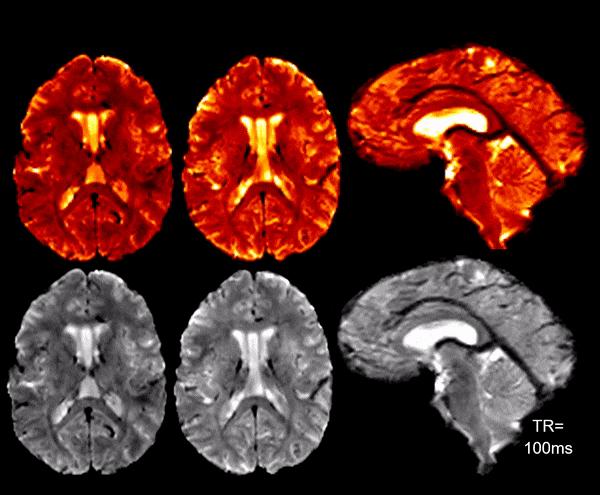 PITTSBURGH (December 02, 2019) … An interdisciplinary team of researchers from the University of Pittsburgh received a $3,720,828 award from the National Institutes of Health to create advanced MRI technology which will allow them to investigate the connection between small vessel disease (SVD), cerebrospinal fluid (CSF) clearance and preclinical Alzheimer’s disease. The group will use a powerful, ultra-high-field 7 Tesla magnetic resonance imager (7T MRI), which was recently approved by the FDA for clinical applications, in conjunction with the next generation Tic Tac Toe radiofrequency (RF) antenna technology developed in Swanson School of Engineering at Pitt.

“Alzheimer’s disease is one of the leading causes of death in the United States so we want to develop advanced imaging techniques that can help researchers better understand the underlying mechanisms relating small vessel disease and Alzheimer’s disease,” said Ibrahim. “We hope that this research will lead to the identification of new prevention and treatment targets for this widespread and debilitating disease.”

The project will support the development of the next generation Tic Tac Toe 7T MRI device, a collection of antennas that aim to image the human head and neck at unprecedented temporal and spatial resolutions. Ibrahim runs the Radiofrequency (RF) Research Facility and the 7T Bioengineering Research Program which include experimental and human studies with a whole-body 7T MRI – one of the strongest human MRI devices in the world and a powerful imaging tool that allows researchers to gain a far better understanding of brain structure and function.

Amyloid plaque accumulation in the brain has been associated with Alzheimer’s disease so in addition to investigating SVD, this project will also examine the related CSF pulsatility associated with clearance of amyloid from the brain.

“CSF travels through the ventricles in the brain where it helps clear amyloid before it is eventually absorbed into the bloodstream and carried away to be filtered by the kidney and liver,” said Ibrahim. “In a study of individuals with preclinical Alzheimer’s disease, researchers found lower levels of amyloid in a sample of CSF collected from the spine, and thus, they have theorized that the fluid isn’t sufficiently clearing amyloid in this population.”

Using the stronger magnetic fields in a 7T MRI along with state-of-the-art antenna and MRI technology will allow for imaging at a greater resolution, which could reveal more detailed information about pathways linking SVD and CSF flow pathophysiology to Alzheimer’s disease.

“The brain is the body’s most complex organ, and there is still a lot of work that needs to be done to understand how it functions and what can be done to improve the lives of individuals with neurological disorders,” said Ibrahim.

This study also includes collaborations with the U.S. Food and Drug Administration, the University of Minnesota, Quality Electrodynamics Inc., and Montreal Neurological Institute.