A new glimpse into working memory 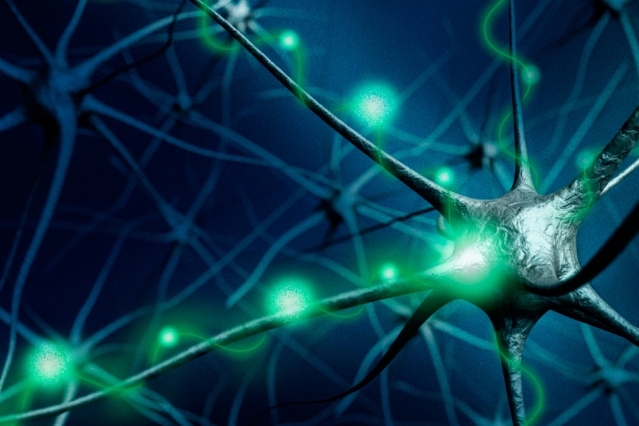 When you hold in mind a sentence you have just read or a phone number you’re about to dial, you’re engaging a critical brain system known as working memory.

These cyclical bursts could help the brain to hold multiple items in working memory at the same time, according to the researchers.

“By having these different bursts coming at different moments in time, you can keep different items in memory separate from one another,” says Earl Miller, the Picower Professor in MIT’s Picower Institute for Learning and Memory and the Department of Brain and Cognitive Sciences.

Miller is the senior author of the study, which appears in the March 17 issue of Neuron. Mikael Lundqvist, a Picower Institute postdoc, and Jonas Rose, now at University of Tubingen in Germany, are the paper’s lead authors.

Starting in the early 1970s, experiments showed that when an item is held in working memory, a subset of neurons fires continuously. However, these and subsequent studies of working memory averaged the brain’s activity over seconds or even minutes of performing the task, Miller says.

“The problem with that is, that’s not the way the brain works,” he says. “We looked more closely at this activity, not by averaging across time, but from looking from moment to moment. That revealed that something way more complex is going on.”

Miller and his colleagues recorded neuron activity in animals as they were shown a sequence of three colored squares, each in a different location. Then, the squares were shown again, but one of them had changed color. The animals were trained to respond when they noticed the square that had changed color — a task requiring them to hold all three squares in working memory for about two seconds.

The researchers found that as items were held in working memory, ensembles of neurons in the prefrontal cortex were active in brief bursts, and these bursts only occurred in recording sites in which information about the squares was stored. The bursting was most frequent at the beginning of the task, when the information was encoded, and at the end, when the memories were read out.

Filling in the details

The findings fit well with a model that Lundqvist had developed as an alternative to the model of sustained activity as the neural basis of working memory. According to the new model, information is stored in rapid changes in the synaptic strength of the neurons. The brief bursts serve to “imprint” information in the synapses of these neurons, and the bursts reoccur periodically to reinforce the information as long as it is needed.

The bursts create waves of coordinated activity in the gamma frequency (45 to 100 hertz), like the ones that were observed in the data. These waves occur sporadically, with gaps between them, and each ensemble of neurons, encoding a specific item, produces a different burst of gamma waves. “It’s like a fingerprint,” Lundqvist says.

When this activity is averaged over several repeated trials, it appears as a smooth curve of continuous activity, just as the older models of working memory suggested. However, the MIT team’s new way of measuring and analyzing the data suggests that the full picture is much different.

“It’s like for years you’ve been listening to music from your neighbor’s apartment and all you can hear is the thumping bass part. You’re missing all the details, but if you get close enough to it you see there’s a lot more going on,” Miller says.

The findings suggest that it would be worthwhile to look for this kind of cyclical activity in other cognitive functions such as attention, the researchers say. Oscillations like those seen in this study may help the brain to package information and keep it separate so that different pieces of information don’t interfere with each other.

“Your brain operates in a very sporadic, periodic way, with lots of gaps in between the information the brain represents,” Miller says. “The mind is papering over all the gaps and bubbly dynamics and giving us an impression that things are happening in a smooth way, when our brain is actually working in a very periodic fashion, sending packets of information around.”

“The work calls for a new view of the computational processes supporting goal-directed behavior,” adds Knight, who was not involved in the research. “The control processes supporting nonlinear dynamics are not understood, but this work provides a critical guidepost for future work aimed at understanding how the brain enables fluid cognition.”