A new CRISPR-Cas9 protein to increase precision of gene editing 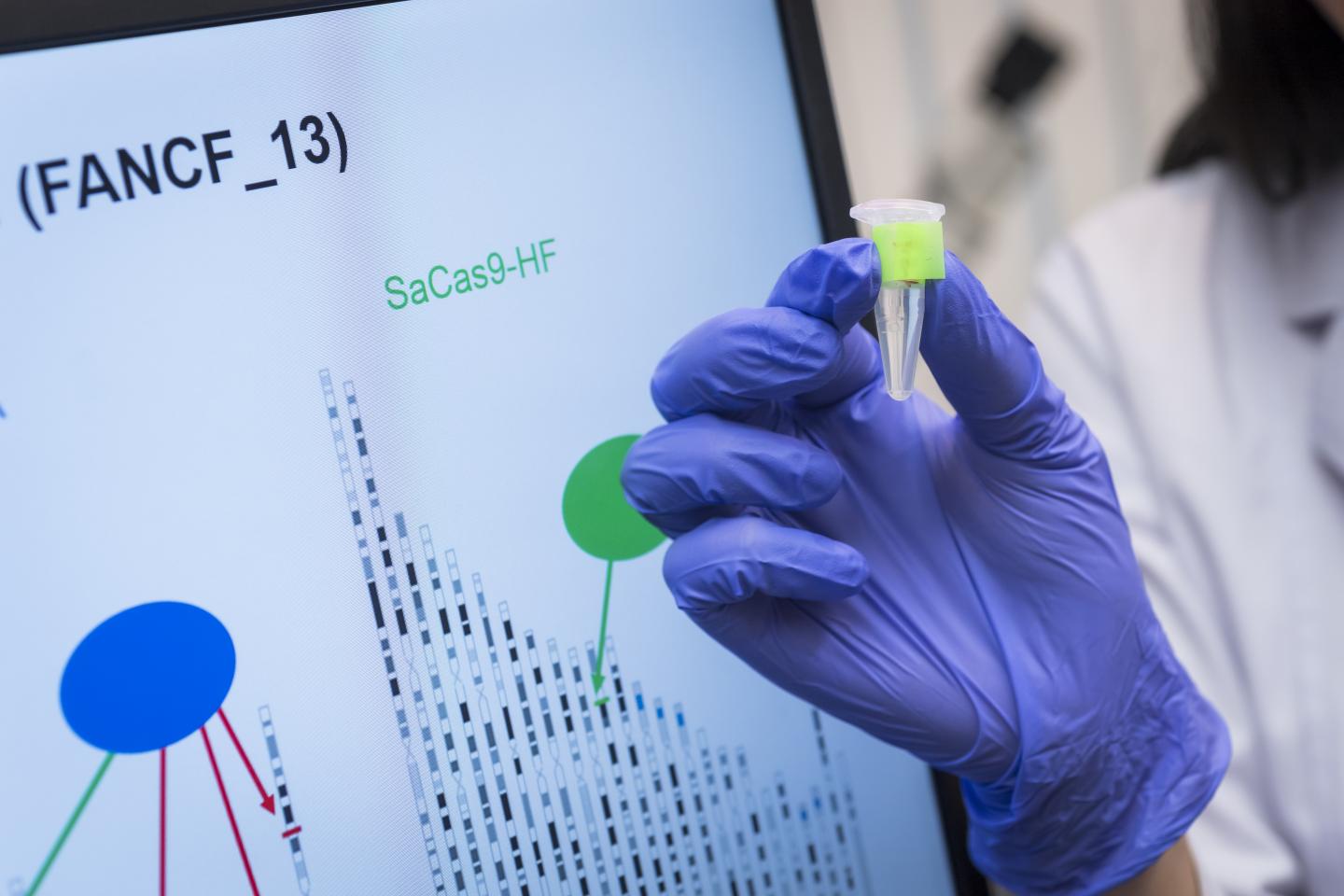 A team of researchers from City University of Hong Kong (CityU) and Karolinska Institutet has recently developed a new protein that can help increase the targeting accuracy in the genome editing process. It is believed that it would be useful for future gene therapies in human, which require high precision.

Repairing the genetic defects on site

CRISPR-Cas9 is regarded as a powerful tool in gene editing because it has made gene modification or editing very simple. Unlike traditional gene therapy where additional copies of the normal gene are introduced into cells, CRISPR-Cas9 “repairs” the defects on site by removing the problematic DNA or correcting it to restore normal gene functions.

During the process, the Cas9 enzyme is responsible for locating the problematic DNA throughout the genome before making modifications. But it is found that sometimes it may be not precise enough, and modifications of DNA at unintended places in the genome may happen. Unintended modifications of the genomes could potentially lead to serious consequences, such as cancers, as it happened in the initial gene therapy trials years ago. Thus it is important to let CRISPR-Cas9 do the “molecular surgery” on the genome precisely.

Currently, there are two versions of Cas9, namely SpCas9 (meaning Cas9 nuclease from the bacteria Streptococcus pyogenes) and SaCas9 (Cas9 nuclease from Staphylococcus aureus), which are commonly used in CRISPR. Both of them have a certain level of imprecision or off-target effect. Researchers have already engineered SpCas9 variants, meaning modified SpCas9s, to improve SpCas9’s targeting precision. But it can be too large to fit in the small delivery vector named adeno-associated viral (AAV) vector that is commonly used for in vivo gene therapy.

On the contrary, SaCas9 is much smaller than SpCas9 and can be easily packaged in the payload-limited AAV vectors for delivering gene-editing components in vivo. However, no SaCas9 variant with high genome-wide targeting accuracy is available.

The research team’s finding was based on a rigorous evaluation of 24 targeted human genetic locations comparing the original unmodified (wild-type) SaCas9 and the new SaCas9-HF. For those targets having highly similar sequences in the genome and hence prone to off-target editing by the wild-type enzyme, SaCas9-HF reduced the off-target activity by about 90%. For many of those targets with relatively less off-target editing by the wild-type enzyme, SaCas9-HF yielded almost no detectable off-target activity.

An alternative to SaCas9 genome-editing applications

“Our development of this new SaCas9 provides an alternative to the wild-type Cas9 toolbox, where highly precise genome editing is needed. It will be particularly useful for future gene therapy using AAV vectors to deliver genome editing ‘drug’ in vivo and would be compatible with the latest ‘prime editing’ CRISPR platform, which can ‘search-and-replace’ the targeted genes,” said Dr Zheng.

Immunotherapy kicks and kills HIV by exploiting a common virus