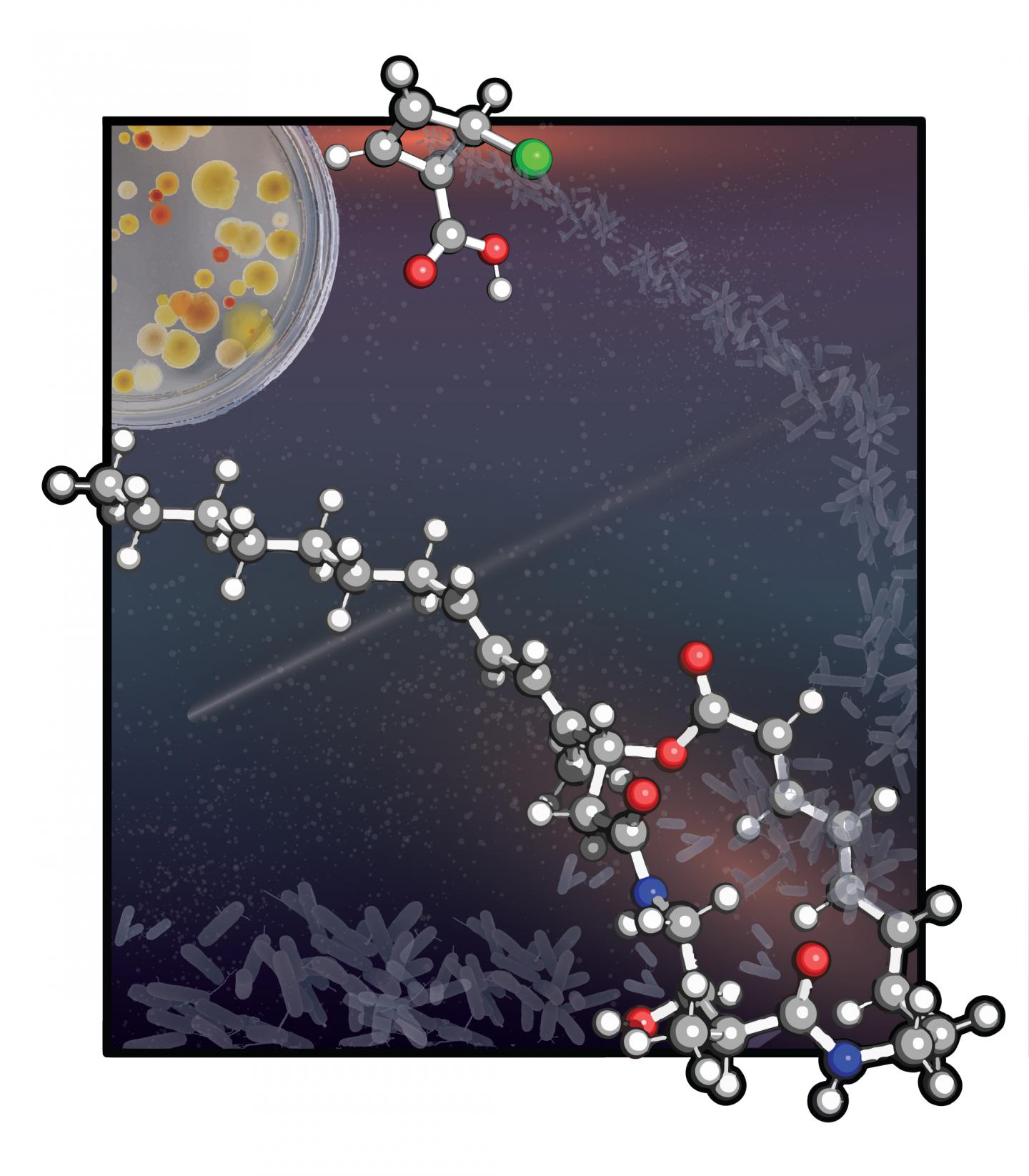 The research group of Nuno Maulide from the Faculty of Chemistry of the University of Vienna has, in cooperation with the Research Center for Molecular Medicine (CeMM) of the Austrian Academy of Sciences, achieved the synthesis of a potential immunosuppressive agent by modification of a naturally occurring compound. In this endeavour, the researchers have employed a masking trick to “hide” a reactive species inside the target molecule. The results were recently published in the renowned Journal of the American Chemical Society.

The Chemical fascination of Natural products

Chemists have long had a fascination with Nature. “Nature is an amazing Chemist”, explains Nuno Maulide, Professor of Organic Chemistry at the University of Vienna and Austrian Scientist of the Year 2018, “especially since it has had millions of years to perfect a chemical machinery which is unrivalled in its complexity and efficiency”.

Particularly fascinating are the so-called “Natural products”. These are substances produced by living organisms, for the most diverse functions: defense, sensing, signaling, among others. For example, a plant which is threatened by a certain parasite might develop, through evolution over a period of many thousands of years, the ability to produce certain classes of chemicals that can either kill or at least repel the said parasite. Natural products often possess very sophisticated chemical structure and are species-specific – meaning, they are produced only by a selected species of organisms.

In 2003, a Japanese company reported the isolation of 3 natural products from the microorganism Pseudomonas fluorescens, the so-called “FR Molecules” (cf. Figure 1). Noteworthy was their complex chemical structure but also their very interesting immunosuppressive properties. Immunosuppressive drugs are widely used in the treatment of allograft repulsions and autoimmune-associated diseases. Although a range of such drugs have been developed and are used clinically, almost all of them carry severe side effects and limitations. The search for new immunosuppressants with a distinct mode of action is therefore an urgent need to improve the safety and efficiency of immunosuppressive therapy.

Several research groups have attempted the laboratory synthesis of the FR molecules in the years that followed – with mitigated sucess. “They all struggled with the molecule’s Achiles’ Heel: the macrocyclic ring with three consecutive double bonds”, explains Nuno Maulide, who since November 2018 is also Adjunct PI at CeMM.

A solution to a long-standing problem

Maulide and his team have now developed a novel chemical reaction that allows the preparation of such macrocyclic structures in high efficiency and from simple precursors. “We simply hide the double bonds in a ‘secured’ form, so that they can be revealed at a later stage. Very much like a ‘Trojan horse'”, jokes Yong Chen, first author of the paper.

For this goal the researchers install a smaller ring with only 4 carbon atoms, termed a “cyclobutene”, as “masked” form for the double bonds of the natural product (cf. Figure 2). This approach results in a very short access to the FR molecules.

“We are now in a position to make grams of these compounds; the natural source delivered at best milligrams – a considerable advance. Furthermore, the compounds we prepare in the lab are indistinguishable from those isolated from Pseudomonas fluorescens”, enthuses Maulide.

Variations lead to a better drug

As the researchers are now able to reproduce these complex structures in the lab, they are in a position to introduce non-natural variations and modifications of those structures. They already found an “analogue” (i.e, a new molecule resembling the original natural product but possessing small structural modifications) that is almost 100 times more potent than the compounds produced by Nature. “The joint collaboration between University of Vienna and CeMM has resulted in true synergies”, explains Stefan Kubicek from the Research Center for Molecular Medicine of the Austrian Academy of Sciences (CeMM), and coauthor of the study.

“There are so many open questions: what is the mode of action of these molecules? Can we improve the activity even further? Research at its best always generates more questions than answers”, ends Maulide.

Publication in Journal of the American Chemical Society

Effective options for quitting smoking during the Coronavirus (COVID-19) pandemic

Bennett, Brassard and Shor win the Frontiers of Knowledge Award in…