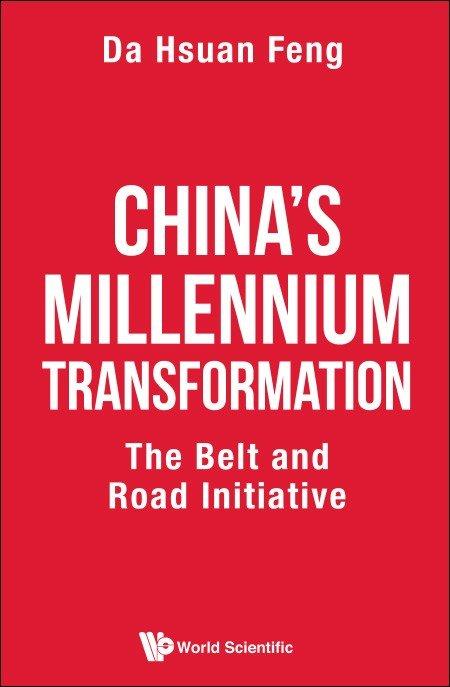 Ever since President Xi initiated the Belt and Road Initiative (BRI) in 2013, it now has become a global issue. Many books, both in Chinese and English, have been published. This includes the World Scientific Publishing Corporation (WSPC) book series. Nearly all, if not all, of the literature discusses the BRI from either the angles of current geopolitics or geo-economics.

This book by Feng, however, discusses three fundamental possible outcomes of the BRI. The first is the creation of the supercontinent mindset for the people of the East and the West. The second is the possible rise of neo-Renaissance thinking as the mitigative measure of choice, in response to the 21st century’s global existential challenges. The third is the fundamental necessity for China to have a transformation in its mindset by taking a proactive role in establishing cultural communications with the world. This is, ultimately, an alteration to the inward-looking views of themselves and their nation, which have existed for millennia.

This book by Da Hsuan Feng is unusual, and indeed unexpected, in a multitude of perspectives.

First, during his formative years, Feng lived in Singapore and attended “Chinese schools.” That period of his life, which Feng believes infused the core Chinese heritage into his DNA, had a profound impact on his entire “being.”

Second, Feng is neither an economist nor a political scientist, but a theoretical physicist by training who in the past two decades has served as a leading university administrator in both the West and the East. In the world of intellectuals, Feng is known to be a convivial and outward thinker.

Third, unlike many authors of the subject, he had never received a day of schooling in the “Greater China Region,” namely the Mainland, Taiwan, Hong Kong or Macau. With such a history as his cultural track record, Feng is truly an “outsider,” and is thus able to observe the BRI’s complex kaleidoscope from a bird’s eye view.

According to Dr. K. K. Phua, founder and chairman of WSPC, “I have known Da Hsuan up close for more than five decades; from when he was still an extremely active theoretical physicist and also when he became an intense administrator in academics and corporation. I was able to observe first-hand, his robust and multidimensional intellectual growth and his extraordinary and curious ability to dive into a subject which he may not know much about. I was also fortunate to have heard him deliver lectures on a variety of subjects. In each case, he was always able to hit the core of the issue! It was for this reason, in 2016, I felt comfortable to invite him to deliver a talk about the BRI in Singapore, even though he had no credentials about the subject at the time.

“It was that talk on July 5th in EE Hoe Hean Club in Singapore that I had my first glimpse of his truly “think-out-of-the-box” ideas as to how the BRI could sagaciously impact not only the Chinese, but humanity at large. How the BRI has the probability of transforming the mindset of a people, and how that can profoundly impact humanity in the 21st century and beyond. It was then that I expressed my wish to Da Hsuan, for him to greatly expand his thinking on the subject and write a book about it. Seeing the book now in print, my wish has been realized,” said Dr. Phua.

Ultimately, as Dr. Harvey P Weingarten, President Emeritus of the University of Calgary Harvey Weingarten, wrote in the Foreword of this book, “this book by Da Hsuan…may be the most significant contribution he has made to intellectual thought.”

Dr. Weingarten further added that “Da Hsuan is a significant primer for anyone who wishes to deepen their understanding of China and Asia.”

China’s Millennium Transformation retails for US$28 / £25 (paperback) and US$88 / £75 (hardcover) and is also available in electronic formats. To order or know more about the book, visit http://www.worldscientific.com/worldscibooks/10.1142/11569.

Da Hsuan Feng is currently the Honorary Dean of Hainan University Belt and Road Research Institute and the Chief Advisor of China Silk Road iValley Research Institute. He grew up in Singapore and received his physics PhD from the University of Minnesota (1972). He was the M Russell Wehr Chair Professor of Drexel University. He also served as the United States National Science Foundation Program Director in Theoretical Physics for two years. Since 2002, Feng has taken roles as the Vice President for Research and Economic Development at the University of Texas at Dallas, the Senior Vice President of National Cheng Kung University and National Tsing Hua University in Taiwan.

Feng is a Fellow of the American Physical Society. He was also the honorary professor of fifteen Chinese universities, including Peking Union Medical College, Fudan University, Jilin University, Huazhong University of Science and Technology, Institute of Applied Physics of the Chinese Academy of Sciences and more. Feng was also the 2009 Bian-Zhong laureate for individuals with outstanding contributions to Hubei Province (2009 ????????) and recipient of “The Light of Civilization, the 2017 Chinese Cultural Exchange Award”.

Feng is the Chairman of the International Advisory Board of Hainan University, a member of the Board of Trustees of Nanjing University, Shantou University (2006-2015), as well as a former member of the Academic Advisory Board of Universiti Teknologi Petronas of Malaysia and Binus University of Indonesia. Feng is also a frequent author and co-author of editorials of major newspaper in East Asia, in Chinese and English. This includes China’s China Daily, Global Times, UK’s Financial Times (Chinese Edition), and South China Morning Post of Hong Kong, The Straits Times and Lianhe Zaobao of Singapore. He is the author of two books, Edu-Renaissance: Notes from a Globetrotting Higher Educator and Belt and Road Initiative: Chinese Version of “Marshall Plan”?, both published by Singapore’s World Scientific Publishing Company.