BIRMINGHAM, Ala. – Two factors contribute to the lung disease bronchopulmonary dysplasia, or BPD, in extremely premature infants — the high oxygen concentrations that premature infants need to aid their breathing and a microbial dysbiosis in the lungs after birth. 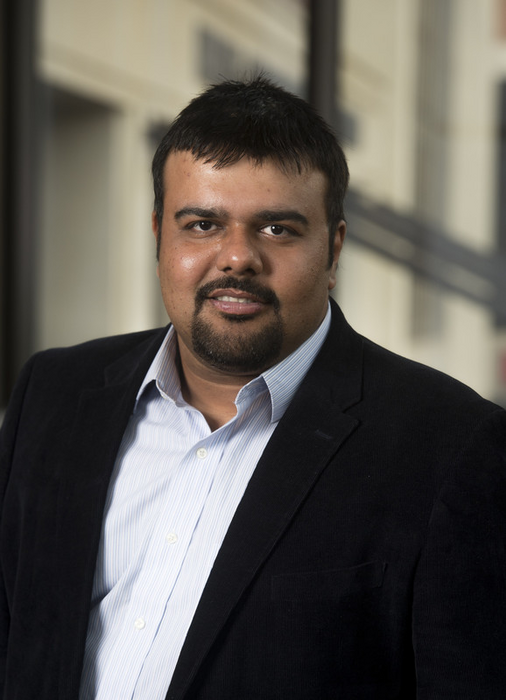 BIRMINGHAM, Ala. – Two factors contribute to the lung disease bronchopulmonary dysplasia, or BPD, in extremely premature infants — the high oxygen concentrations that premature infants need to aid their breathing and a microbial dysbiosis in the lungs after birth.

Charitharth Vivek Lal, M.D., and University of Alabama at Birmingham colleagues have previously shown that a microbiome is present in the lungs shortly after extremely low birthweight infants are born. They also showed that development of severe BPD in those infants was associated with a microbial dysbiosis characterized by both an increased relative abundance of class Gammaproteobacteria, which includes bacteria like E. coli and Pseudomonas, and a decreased phylum Firmicutes, which includes Lactobacillus species.

Now, in an effort to move from correlation to causality, they report two firsts: a humanized mouse model of a lung microbiome transplant, and demonstration of the use of a live biotherapeutic product in a preclinical model of chronic lung disease.

The UAB researchers found that experimental microbial dysbiosis in this model induces a redox imbalance and damages the lungs of neonatal mice, and they showed that the lung damage can be ameliorated using a live biotherapeutic mixture of three Lactobacillus species of bacteria.

The mechanisms linking pulmonary microbial dysbiosis to worsening lung injury are unknown; but it has been known that the Nrf2 transcription factor in lung cells controls genes that act to regulate oxidative stress responses, which can modulate the lung injury caused by high oxygen concentrations.

So Lal and colleagues tested the hypothesis that the presence of airway dysbiosis would attenuate the Nrf2-dependent antioxidant function and cause a more severe form of BPD.

In their study published in the American Journal of Respiratory Cell and Molecular Biology, UAB researchers report five key findings.

First, tracheal aspirates from extremely premature human infants with severe BPD — who also were shown to have an overabundance of Gammaproteobacteria — had increased levels of proteobacterial endotoxin and decreased lactobacilli species, as compared with aspirates from age-matched non-BPD infants.

Third, the researchers inoculated a representative Gammaproteobacteria, E. coli, into germfree mouse pups or mouse pups with intact microbiomes. This produced more severe disease in both models, and it altered the Nrf2-regulated antioxidant responses in the germfree hyperoxia mice.

Fourth, they found that augmenting colonization of the mouse lungs with the potentially beneficial Lactobacilli-based live biotherapeutic product, or LBP, reduced lung injury during hyperoxia in both wildtype mice and mice that lack the Nrf2 gene. In the wildtype mice, the expression of two antioxidant genes regulated by Nrf2 was increased, an intriguing finding that suggested the heightened antioxidant response might be at least partially exerted by Lactobacillus via the Nrf2 pathway.

To test this, the researchers lastly found that human bronchial epithelial cells exposed to the Lactobacillus probiotic blend showed a time-dependent and dose-dependent increase in the expression of two Nrf2 pathway antioxidant genes, HMOX1 and NQO1.

“Our results are most consistent with a model where an insufficiently protective microbiome profile results in a weak Nrf2-mediated lung antioxidant defense,” Lal said. “The Lactobacillus-based LBP appears to be an inducer of Nrf2 pathway antioxidant activity and may be sufficient to provide a protective effect. Furthermore, our in vitro experiments suggest that this may result from a direct interaction between the LBP and the bronchial epithelium.”

This suggests the risk of developing severe BPD might be modifiable by using an appropriate LBP.

Lal is an associate professor in the UAB Department of Pediatrics, Division of Neonatology, and also is the director of Clinical Innovation at the Marnix E. Heersink Institute for Biomedical Innovation and the director of the Pulmonary Microbiome Lab at UAB. The LBP used in the study was a gift from Alveolus Bio, a Cambridge, Massachusetts- and Birmingham, Alabama-based company founded by Lal to develop United States Food and Drug Administration-approved biotherapeutics for lung diseases, including BPD, chronic obstructive pulmonary disease, or COPD, viral illnesses, idiopathic pulmonary fibrosis and pulmonary arterial hypertension. Lal holds the patents for the LBP. Amit Gaggar, M.D., a co-author on the study, is an endowed professor in the UAB Department of Medicine, Division of Pulmonary, Allergy and Critical Care Medicine. Gaggar is also chief medical officer of Alveolus Bio.

The live biotherapeutic product, or LBP, used in the study was a gift from Alveolus Bio, a Cambridge, Massachusetts- and Birmingham, Alabama-based company founded by Vivek Lal to develop United States Food and Drug Administration-approved biotherapeutics for lung diseases. Lal holds the patents for the LBP, and Amit Gaggar, a co-author on the study, is chief medical officer of Alveolus Bio.