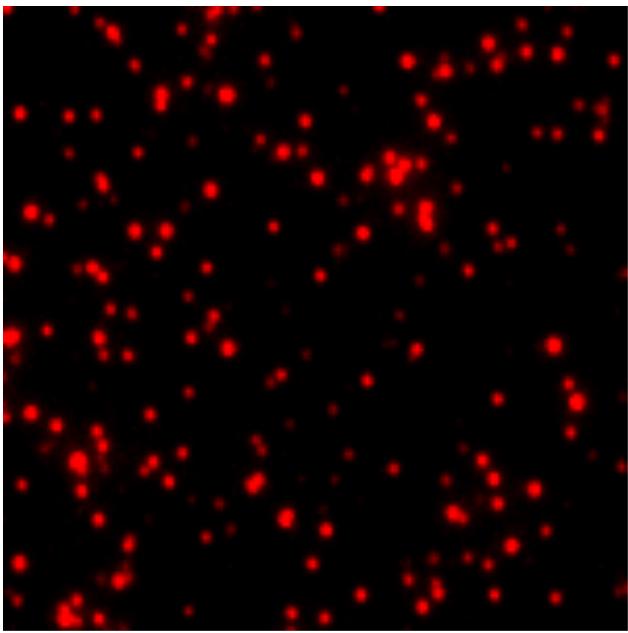 Researchers at Johns Hopkins University developed a new blood test that can identify proteins-of-interest down to the sub-femtomolar range with minimal errors.

Baltimore, MD – Proteins that normally reside inside cell nuclei have never been found in the blood, until now. A new blood test developed at the Johns Hopkins University by Shih-Chin Wang and Chih-Ping Mao–graduate students in Jie Xiao’s lab in the Department of Biophysics and Chien-Fu Hung’s lab in the Department of Pathology–can identify individual molecules in human blood samples with minimal detection errors. Among the molecules that they used their new test to find was a mutated protein thought to be restricted to the inside of cells, mostly within the nucleus. It is the first time that single-molecule imaging has been applied to visualize disease-causing molecules in blood. They will present their research at the 63rd Biophysical Society Annual Meeting, to be held March 2 – 6, 2019 in Baltimore, Maryland.

Mutant p53 is a well-known tumor-specific nuclear protein and has never before been detected in the blood, likely because current tests cannot detect its extremely low blood concentrations. Wang and colleagues found mutant p53 or anti-p53 autoantibodies in samples from patients with ovarian cancer, but not in patients without cancer. PD-L1 is also found on the surface of some cancer cells and has recently been effectively targeted with immunotherapy to combat cancer. Knowing whether or not a patient’s tumor expresses PD-L1 is a crucial first step in this treatment–and SMAC may be able to identify cancers that have PD-L1 at low levels that are undetectable by standard blood tests.

“With SMAC, we have brought single-molecule imaging into the clinical arena. By visualizing and examining individual molecules released from diseased cells into the blood, we aim to detect diseases more accurately and gain new insights into their mechanisms,” Mao said.

Wang and colleagues are hopeful that their test will one day be commercially available.

The Biophysical Society, founded in 1958, is a professional, scientific Society established to encourage development and dissemination of knowledge in biophysics. The Society promotes growth in this expanding field through its annual meeting, monthly journal, and committee and outreach activities. Its 9,000 members are located throughout the U.S. and the world, where they teach and conduct research in colleges, universities, laboratories and government agencies. http://www.biophysics.org.