A breakthrough in acidic water electrolysis via ruthenium-based catalysts 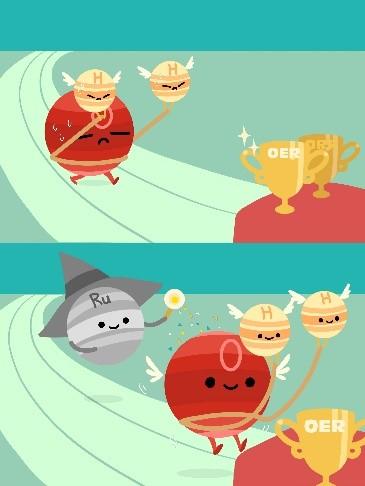 Hydrogen fuel, with the advantages of clean, renewable and of high fuel efficiency, is seen as the “ultimate fuel” and getting more attention around the world. Water electrolysis is an ideal way to produce hydrogen, yet it requires active and stable catalysts which make this process more efficient and cheaper. Without suitable catalysts, turning water into fuel only seems too good to be true.

Fortunately, a recent study is bringing this dream closer. Professor WU Yuen’s team from the University of Science and Technology of China (USTC) successfully prepared a kind of Ruthenium (Ru) single atom alloy catalyst, which greatly accelerates the process of water eletrolysis with lower overpotential (220 mV).

By surface defect engineering to capture and stabilize single atoms, the group successfully prepared the single-atom catalyst. It is capable of delivering a 90 mV lower overpotential to reach a current density of 10 mA/cm2, and an order of magnitude with longer lifetime than that of commercial RuO2.

In this study, researchers constructed a series of alloy-supported Ru1 using different PtCu alloys through sequential acid etching and electrochemical leaching. They also found a volcano relation between oxygen evolution reaction (OER) activity and the lattice constant of the PtCu alloys. Density functional theory investigations reveal that the compressive strain of the Pt-skin shell engineers the electronic structure of the Ru1, allowing optimized binding of oxygen species and better resistance to over-oxidation and dissolution.

Compared with Iridium-based systems, which have better dissolution resistance, Ru-based ones have more abundant reserves and have been evaluated to be a more active OER catalyst due to its lower overpotential.

This research makes hydrogen production through water electrolysis easier and more efficient, and allows people to see the great potential of hydrogen as an alternative new energy in the future.

Nevertheless, till now, the stability problem of catalyst hasn’t been completely resolved. “There are still many explorations left to further improve the reaction system and we are going to continue designing experiments and trying to find the best way to boost activity and stability of catalysts.” said Ph.D. YAO.

The results were published on Nature Catalysis as cover story.

Cell biology: The complexity of division by two

‘Cool Coalition’ comes together to save lives, energy and…