A better understanding of labour market behaviour and success 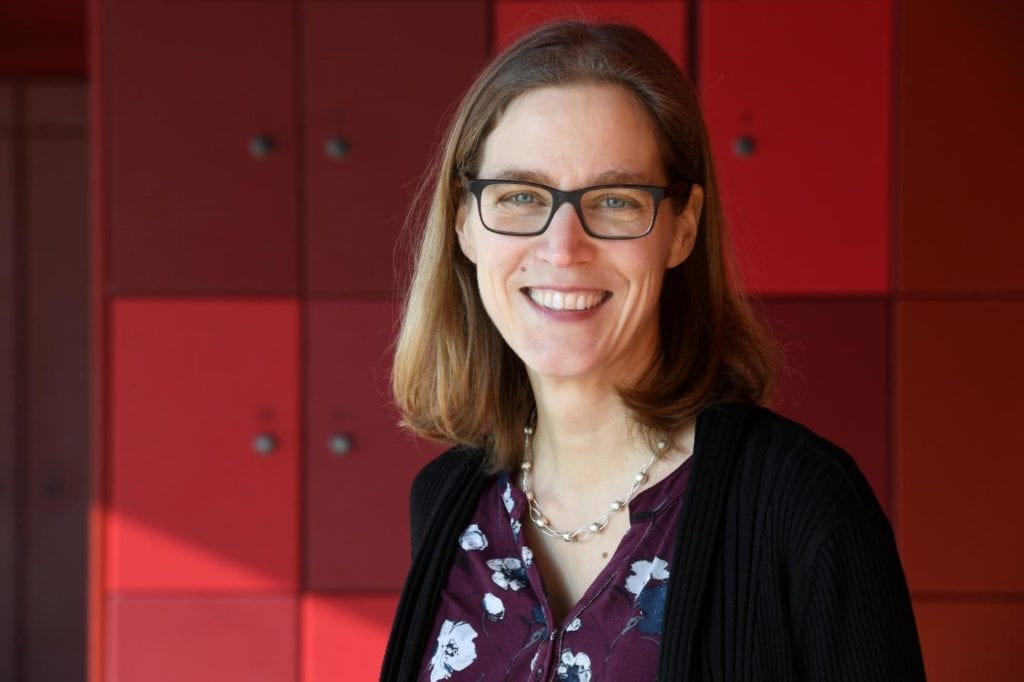 “For the second time within a very brief period, I have the pleasure of congratulating Nicola Fuchs-Schündeln on an impressive distinction,” comments University President Birgitta Wolff. “Following the Leibniz Prize from the Deutsche Forschungsgemeinschaft (German Research Foundation), this exceptional economist has now also brought an ERC Consolidator Grant to Frankfurt, which is an enormous success. It demonstrates the great recognition Fuchs-Schündeln enjoys also in the international research community. We are happy to have a colleague like her, with her innovative research approach, among us. In her research, she combines macro- and microeconomic methods and directs her view towards unconventional and innovative questions – a great enrichment for scientific dialogue and for Goethe University.”

Since 2009, Nicola Fuchs-Schündeln has been Professor for Macroeconomics and Development at Goethe University Frankfurt. She is a principle investigator in the Excellence Cluster “The Formation of Normative Orders”, as well as in the LOEWE Centre “Sustainable Architecture for Finance in Europe”. From 2015 to 2016, she was a Visiting Professor at Stanford University in California. Fuchs-Schündeln received her Ph.D. from Yale and worked at Harvard as an Assistant Professor of Economics before joining Goethe University. She studied Latin American studies and economics at the University of Cologne.

As in her previous work, in the ERC project “Macro- and Microeconomic Analyses of Heterogeneous Labor Market Outcomes”, Fuchs-Schündeln remains true to her research style of combining macro- and microeconomic methods. The 46 year-old economist plans to carry out four subprojects; three examine differences in labour market behaviour and success of men and women, while the fourth one is concerned with differences in hours worked between poor and rich countries. Labour market data from the Institute for Employment Research (IAB) and the Federal Statistical Office will serve as primary data sources. Individual work biographies, as well as company personnel strategies, can be gleaned from anonymized social insurance data from employees and employers.

One of the subprojects will pursue the question of how maternity leave policies affect the labour market success of women of child-bearing age, explains Fuchs-Schündeln. Although intended as not only family-friendly, but more specifically female-friendly policies, maternity leave policies may have negative consequences, because they could make employers more cautious about employing and promoting women. “These potential negative effects have not been investigated yet,” says the researcher. Such insights are not only of interest for Germany, since maternity leave policies are being discussed and implemented in many countries. Another subproject deals with the phenomenon that an increasing female share in an occupation correlates with decreasing relative wages of this occupation. “There are several hypotheses to explain this: It might be the case that an increasing female share lowers the prestige of an occupation – or the correlation might arise because women place a higher value on amenities such as flexibility, and greater flexibility comes with lower wages,” explains Fuchs-Schündeln. Along with other sources, this research will be based on data from East Germany, where women had made greater advances in technical occupations.

Fuchs-Schündeln will not carry out all this research alone. Several doctoral candidates and a postdoc will be involved in the project. “The research agenda is rather data-intensive,” states the economist. There are enough qualified candidates for these doctoral positions in Frankfurt, Fuchs-Schündeln observes. “At the faculty of economics and business administration, we have a structured doctoral program – the Graduate School of Economics, Finance, and Management, GSEFM – in which we jointly educate and train young researchers. That’s one of Goethe University’s great strengths.” The ERC project will be funded through 2024 with € 1.6 million.

The ERC Consolidator Grant is the latest in a series of honours: At the beginning of 2018, Fuchs-Schündeln won the Leibniz Award, the most prestigious German research award. In 2016, she was given the Gossen Award by the Verein für Socialpolitik (German Economic Association), the most important German award for economics. In 2010 she also already received a Starting Grant from the European Research Council.

Current news about science, teaching, and society in GOETHE-UNI online

Goethe University is a research-oriented university in the European financial centre Frankfurt The university was founded in 1914 through private funding, primarily from Jewish sponsors, and has since produced pioneering achievements in the areas of social sciences, sociology and economics, medicine, quantum physics, brain research, and labour law. It gained a unique level of autonomy on 1 January 2008 by returning to its historic roots as a “foundation university”. Today, it is among the top ten in external funding and among the top three largest universities in Germany, with three clusters of excellence in medicine, life sciences and the humanities. Together with the Technical University of Darmstadt and the University of Mainz, it acts as a partner of the inter-state strategic Rhine-Main University Alliance. Internet: http://www.uni-frankfurt.de

Scienmag Jun 14, 2019
Credit: Dawid Jaslan / University of Würzburg Many plant processes are not different from humans: Cells and…