‘Chan Hol 3,’ like other Tulum cave skeletons, has a distinctive skull and tooth caries 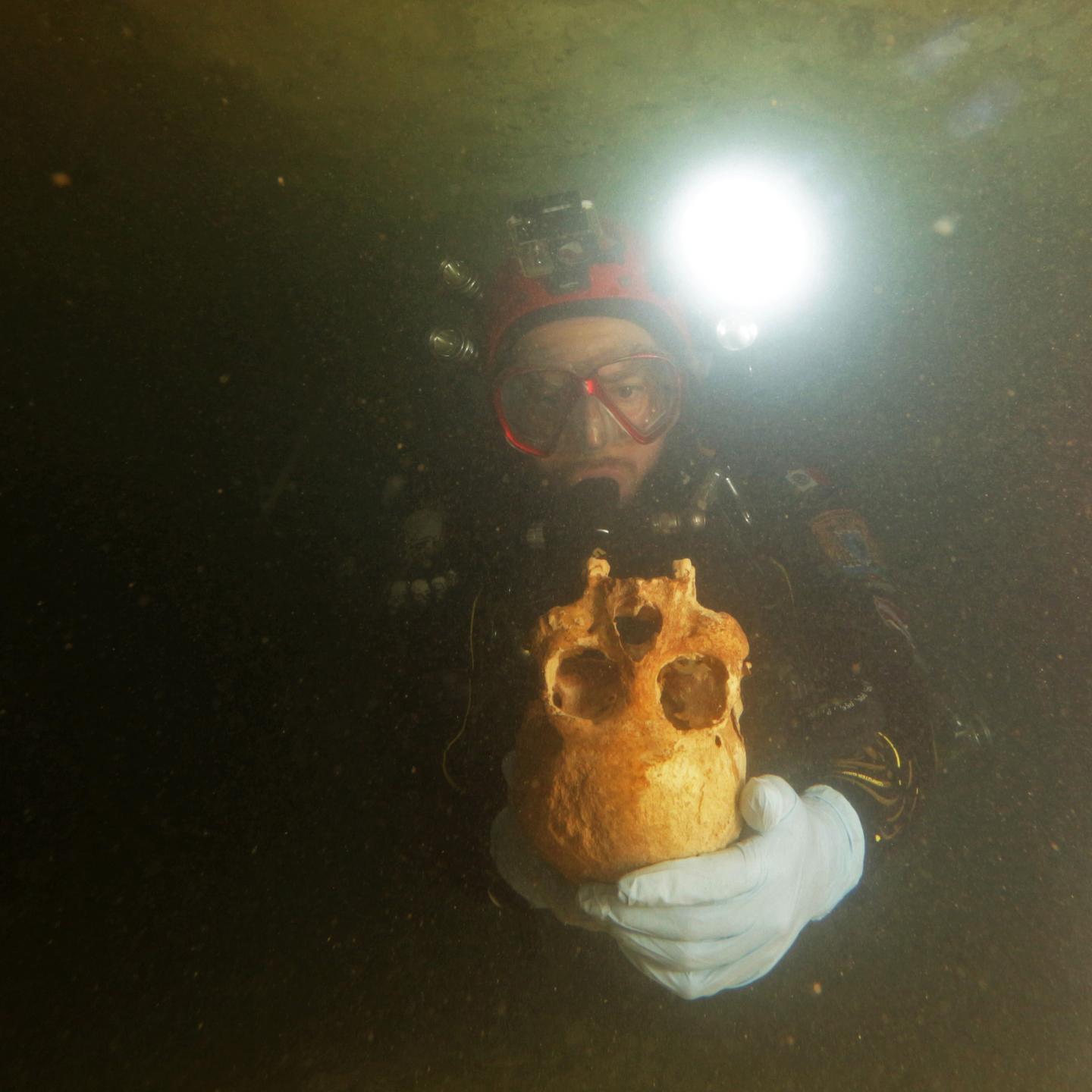 A new skeleton discovered in the submerged caves at Tulum sheds new light on the earliest settlers of Mexico, according to a study published February 5, 2020 in the open-access journal PLOS ONE by Wolfgang Stinnesbeck from Universität Heidelberg, Germany.

Humans have been living in Mexico’s Yucatán Peninsula since at least the Late Pleistocene (126,000-11,700 years ago). Much of what we know about these earliest settlers of Mexico comes from nine well-preserved human skeletons found in the submerged caves and sinkholes near Tulum in Quintana Roo, Mexico.

Here, Stinnesbeck and colleagues describe a new, 30 percent-complete skeleton, ‘Chan Hol 3’, found in the Chan Hol underwater cave within the Tulum cave system. The authors used a non-damaging dating method and took craniometric measurements, then compared her skull to 452 skulls from across North, Central, and South America as well as other skulls found in the Tulum caves.

The analysis showed Chan Hol 3 was likely a woman, approximately 30 years old at her time of death, and lived at least 9,900 years ago. Her skull falls into a mesocephalic pattern (neither especially broad or narrow, with broad cheekbones and a flat forehead), like the three other skulls from the Tulum caves used for comparison; all Tulum cave skulls also had tooth caries, potentially indicating a higher-sugar diet. This contrasts with most of the other known American crania in a similar age range, which tend to be long and narrow, and show worn teeth (suggesting hard foods in their diet) without cavities.

Though limited by the relative lack of archeological evidence for early settlers across the Americas, the authors suggest that these cranial patterns suggest the presence of at least two morphologically different human groups living separately in Mexico during this shift from the Pleistocene to the Holocene (our current epoch).

The authors add: “The Tulúm skeletons indicate that either more than one group of people reached the American continent first, or that there was enough time for a small group of early settlers who lived isolated on the Yucatán peninsula to develop a different skull morphology. The early settlement history of America thus seems to be more complex and, moreover, to have occurred at an earlier time than previously assumed.”

In your coverage please use this URL to provide access to the freely available article in PLOS ONE: https://journals.plos.org/plosone/article?id=10.1371/journal.pone.0227984

Funding: Financial support to this project was provided by the Internationales Büro of the German Bundesministerium für Bildung und Forschung (BMBF project 01DN119) and the Deutsche Forschungsgemeinschaft (DFG project STI 128/28-1 and -2). This work also benefited from the support of MC-ICPMS infra-structure through grant DFG-INST 35_1143-1 FUGG. BMBF and DFG financed our field work in Mexico and provided funds for laboratory work. The funders had no role in study design, data collection and analysis, decision to publish, or preparation of the manuscript.

From sheep and cattle to giraffes, genome study reveals evolution of ruminants

Surgery patients are getting older every year