A global analysis of the representation of traditional farmer varieties (often called landraces) of 25 major crops in genebanks around the world has shown that tremendous progress has been made over more than a half-century toward their conservation, while also identifying the most important gaps remaining to be filled. Their global study “State of ex situ conservation of landrace groups of twenty-five major crops,” was published May 9 in the journal Nature Plants. 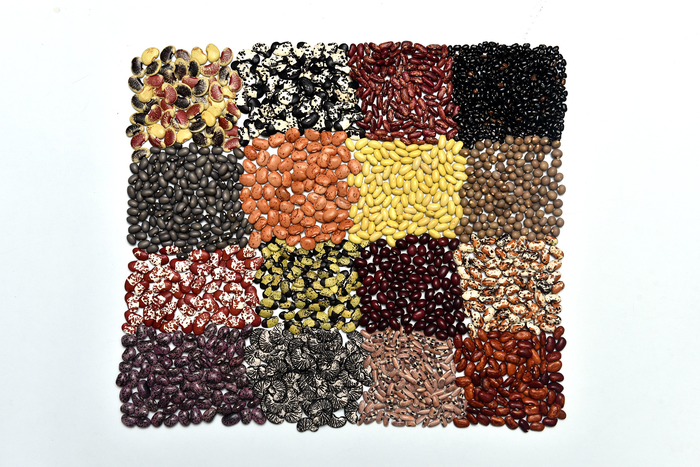 A global analysis of the representation of traditional farmer varieties (often called landraces) of 25 major crops in genebanks around the world has shown that tremendous progress has been made over more than a half-century toward their conservation, while also identifying the most important gaps remaining to be filled. Their global study “State of ex situ conservation of landrace groups of twenty-five major crops,” was published May 9 in the journal Nature Plants.

Colin Khoury, a lead author on the paper, is a researcher at the Alliance of Bioversity International and the International Center for Tropical Agriculture (CIAT), and Director of Science and Conservation at the San Diego Botanic Garden. He says this study was possible only through intensive collaboration, both across the network of CGIAR international agricultural research centers located around the world, as well as among a range of academic, nonprofit, and government institutions. A core group of authors spent three years traveling to the CGIAR centers – each of which maintains vast genebank collections of crops such as wheat, rice, maize, potatoes, beans, and cassava – to assess the degree to which such collections represent the diversity of landraces that farmers cultivate in their fields.

These landraces, along with their wild relatives, are important resources used by crop breeders, as each has a different combination of traits, including resistance to particular pests and diseases, tolerance to drought or heat or cold or salty soils, and different flavor and nutritional profiles. Due to the enormous environmental and social change that has occurred worldwide over the past hundred years, many farmers no longer grow these varieties and many habitats where their wild relatives once lived are now gone or have totally changed.

In the past 50 years, extensive global efforts have been made to collect landraces and wild relatives for maintenance in genebanks, both to ensure their conservation and to increase their availability for crop breeding and other types of research. These efforts led to the establishment of the international genebanks, as well as national, regional, and other collections. bOne of these genebanks is Future Seeds, which was just inaugurated in Palmira, Colombia.

To what degree these efforts have been successful in collecting and conserving landraces had not been previously assessed, however. A global analysis of the representation in genebanks of crop wild relatives was completed in 2016, also published in Nature Plants. This new research on landraces complements the earlier paper, in combination leading to clarity on the global status of conservation of the genetic diversity within 25 of the world’s most important crops.

“What we now know is that almost two thirds of the diversity of traditional farmer crop varieties, on average across the 25 crops we studied, is already represented in genebanks,” Khoury said.

The study found that crops such as breadfruit, bananas and plantains, lentils, common beans, chickpeas, barley, and bread wheat are among the most fully represented in genebanks in terms of landrace diversity, while the largest conservation gaps likely persist for crops such as pearl millet, yams, finger millet, groundnut, potatoes and peas.

The study also identified areas in the world with the greatest diversity in landraces of these 25 crops, which included parts of Bangladesh, Ethiopia, India, Nepal, and Pakistan, as well as areas in Southern Africa, Central Asia, the Mediterranean, West Asia, West Africa, the Andean mountains of South America, and Mesoamerica.

“The world’s crop conservationists have done a lot of work over the last half century and there’s a lot of work still to be done, but for me it was a relief to know that conservation of crop diversity in genebanks is further along than we might have thought,” Khoury said, though adding that “just storing crops in genebanks isn’t enough. For crops to continue to evolve with pests and diseases and climate change, crop diversity needs to be cultivated.”

Luigi Guarino, Director of Science at the Global Crop Diversity Trust says the Trust had been working on analyzing gaps in genebank collections, in collaboration with CIAT and others in CGIAR, for over a decade, starting with crop wild relatives and now moving on to landraces.

“Collecting and studying crop wild relatives is all about how the biology and genetics of the plants interact with the environment,” Guarino said. “That’s complicated enough, but for landraces, you have to also consider the actions of generations of farmers.”

Guarino says that landraces are sometimes called heritage or heirloom varieties for a reason. “They can be very important to the traditional farming systems, foodways and indeed the very culture and identity of communities,” Guarino said.

The results of this research are being used to plan collecting trips involving international and national partners, currently focusing on collecting in 10 countries with significant conservation gaps. As with the previous research on wild relatives, which helped plan the collection of over 4,500 new samples for conservation in genebanks from 2015-2021, expectations run high for considerable collecting of landraces in the upcoming few years.

Hamidou Falalou, a senior scientist and genebank manager at the International Crops Research Institute for the Semi-Arid Tropics (ICRISAT) in Niamey, Niger, said that to identify the remaining gaps in genebank conservation, “passport data” of collections currently conserved in genebanks are used. This includes information on where previous collections were made.

“Before embarking on collecting expeditions, we need to know where we have already collected, and where gaps in the diversity of crops still remain,” he said. ICRISAT in Niger is located in a region with tremendous diversity in cowpea, pearl millet, and sorghum landraces, among other crops.

Falalou added that there were other challenges to overcome in the process of searching for landraces. “Even after all permission and authorization documents are obtained, some challenges include embarking on the collecting trip at the right stage of growth of the crops, cultural and/or social differences, and insecurity in some areas.”

While the gaps have turned out to be smaller than feared, much urgency exists to collect remaining landraces before they are gone.

Julie Sardos, a genetic resources scientist at the Alliance of Bioversity International and CIAT, who has been running banana collecting missions for over six years, says a striking example from her work is Fe’i bananas in the Cook Islands, which she collected in 2019.

“Many farmers we meet are well aware that some of their traditional landraces are progressively being lost, mostly from changes associated with climate and from social factors,” she said, adding that the Fe’i bananas are an iconic Polynesian crop with great potential as their orange fruits have very high levels of pro-vitamin A.

“But the Fe’i banana landraces we collected in Cook Islands were being cultivated by only one person each, mostly in memory of a deceased relative and these farmers were worried to see their ancestors’ heritage being lost,” she said. “After a couple of days collecting bananas there, I also shared their concerns: most of the young people we crossed barely knew that Fe’i were edible.”