Michael Zuscik, Ph.D., says the research could lead to the first disease-modifying treatment for patients with osteoarthritis 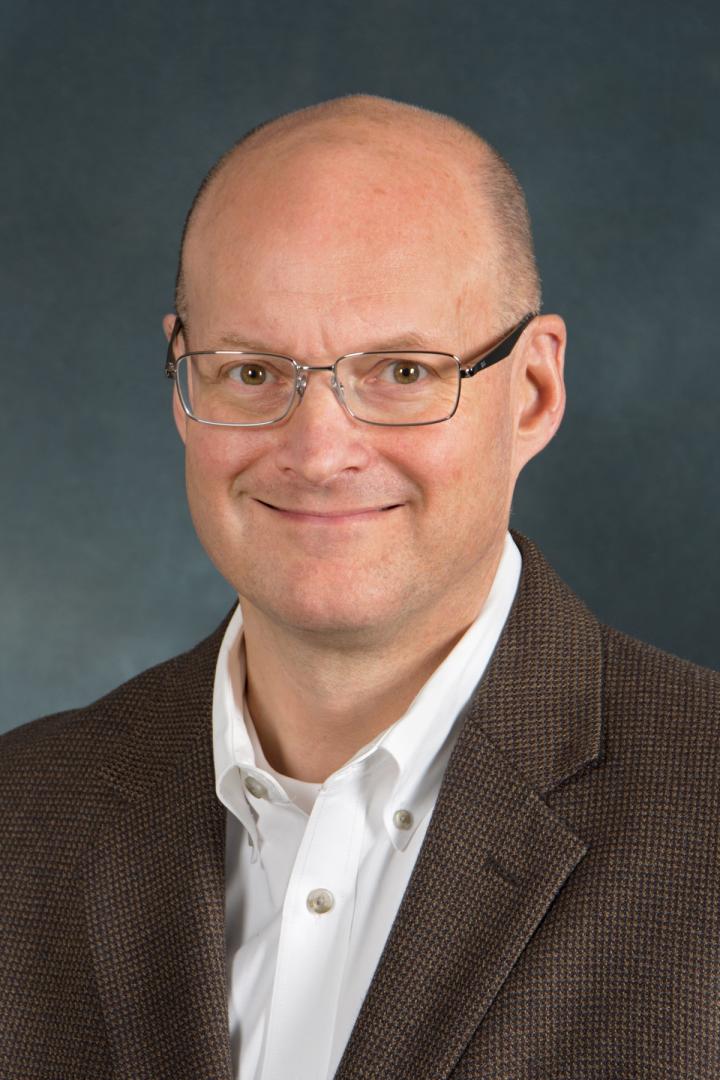 Osteoarthritis affects the joints, but according to researcher Michael Zuscik, PhD, it may start in the gut.

Zuscik, Mack Clayton professor and vice chair of research in the Department of Orthopedics at the University of Colorado School of Medicine and director of the Colorado Program for Musculoskeletal Research (CPMR), recently received a $3.175-million grant from the National Institutes of Health (NIH) to analyze the link between the gut microbiome and osteoarthritis — specifically in the obese context — and investigate whether strategies that shape the gut microbiome can halt or reverse the progression of the disease.

Historically, doctors have posited that osteoarthritis in patients with obesity was primarily caused by mechanical overloading of the joints. However, in recent years, Zuscik and other researchers have established the concept that obesity-associated osteoarthritis is driven by an uptick in systemic inflammation, and Zuscik has connected this inflammation to a dysbiotic gut microbiome. Also called dysbiosis, a dysbiotic gut microbiome usually involves an imbalance or increased abundance of harmful or proinflammatory bacteria residing primarily in the colon.

“I’m not saying that weight isn’t a contributor,” Zuscik says. “But there are two interesting findings. First, the incidence of arthritis in obese patients is higher in non-weight-bearing joints as well as weight-bearing joints, which can’t be explained away by mechanical overloading. And second, work over the last decade or so has established that there is a systemic inflammation in patients with obesity.” Zuscik says this inflammation can result in issues like type 2 diabetes and insulin resistance, but in joints it leads directly to accelerated degeneration.

“Our hypothesis is that when you’re obese, you have what’s called a dysbiotic gut microbiome, and that dysbiosis is disease-causing. It’s what leads to this ramping up of systemic inflammation,” Zuscik explains.

Since our joints are highly sensitive to inflammation, reducing it can slow the pace of joint degeneration and cartilage loss — or even stop it all together. “That’s key, since when you lose cartilage, it isn’t coming back, and we have no accepted approaches to bring it back,” Zuscik says.

Prebiotics and Probiotics are promising treatment strategies for osteoarthritis

Currently, there are no clinically accepted disease-modifying treatments for osteoarthritis, only palliative therapies to treat the symptoms and manage pain. But now that Zuscik and others have begun to identify a causal link between a dysbiotic gut microbiome and osteoarthritis in obese patients, he has high hopes that we could be nearing a breakthrough in treating one of the root causes of the disease.

“This massive unmet clinical need has been a focus of mine for a number of years,” Zuscik says. “This particular project aims to understand and target the microbial community that lives in the gut and alter its interaction with the immune system in such a way that we can mitigate degenerative processes that happen in joints, which are driven by inflammation. It’s a novel approach that only recently has gained some attention in the context of osteoarthritic disease.”

In partnership with Steven Gill, PhD, in the Department of Microbiology and Immunology at the University of Rochester in New York, Zuscik will lead a team of investigators from CU and the Rocky Mountain Regional VA Medical Center to comprehensively explore how a dysbiotic gut microbiome causes osteoarthritis. The team will also focus on key populations of microbes, including one intriguing strain called Bifidobacterium pseudolongum, a potential probiotic intervention based on early data suggesting efficacy in protecting joints from disease.

“In the context of osteoarthritis, it really stops disease progression in its tracks, which is very promising,” Zuscik says. “The grant is about trying to under exactly what B. Pseudolongum is doing to mitigate that inflammation. And the reason we’re so excited is that this approach could be the first and only viable method out there to decelerate disease progression and make patients with arthritis feel better.”

Putting orthopedic research in the spotlight

The new grant is only the latest in a successful expansion and integration of orthopedic research efforts at CU over the past two years.

“Musculoskeletal health isn’t in the headlines all the time, even though orthopedic diseases are among the top public health issues reducing quality of life and causing disability in the U.S. and globally,” Zuscik says. “Orthopedics is generally an under-supported area of research endeavor, which is disappointing since musculoskeletal issues are such a big problem.”

That’s why he was excited to come on board to help build the Colorado Program for Musculoskeletal Research (CPMR). Under the leadership of Evalina Burger, MD, and Robert D’Ambrosia, MD, current and former chairs of Orthopedics, a commitment was made to expand musculoskeletal research in 2018. This led to the founding of the CPMR, which serves as the research arm of the Department of Orthopedics. Since then, five seasoned and early-stage investigators have been recruited, doubling the number of research-focused faculty to 10. The infusion of these new faculty members strengthened the research base in the department and has initiated collaborations with more than 30 faculty in eight basic science and clinical departments across the four CU campuses. Even more impressive, the department’s total research portfolio has increased nearly eightfold, from $2.4 million in 2018 to $19.7 million today.

“CU has world-class musculoskeletal research playing out across all four of its campuses. I feel so lucky to be part of such a brilliant group of scientists,” Zuscik says.

In addition to nurturing further growth of federal funding across the ranks in the CPMR, Zuscik says he hopes to help take the Colorado Program for Musculoskeletal Research “to the next level” by achieving full-fledged Center status within the School of Medicine in the next few years.