Experts in quantum information science and engineering will come together on November 14-15 in Chicago to share their insights and experiences from the forefront of this growing field. 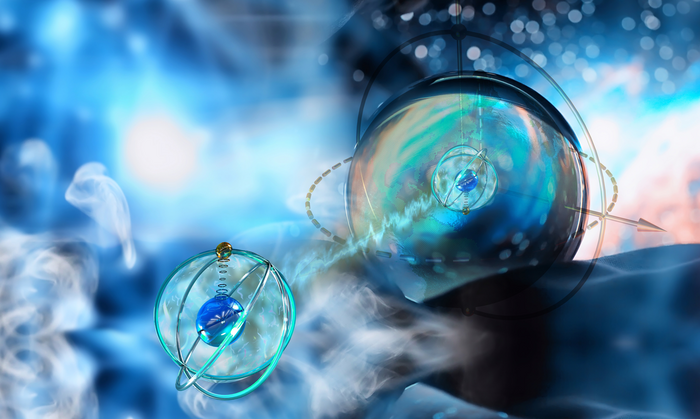 Experts in quantum information science and engineering will come together on November 14-15 in Chicago to share their insights and experiences from the forefront of this growing field.

The fifth annual Chicago Quantum Summit, hosted by the Chicago Quantum Exchange, will convene academic, government, and industry leaders in quantum information science and engineering. The Summit’s speakers come from universities, national labs, and Fortune 500 and startup companies, representing the continually expanding breadth of the quantum ecosystem while also featuring early-career researchers as the future leaders of the field.

The two-day event will take place at the University of Chicago’s David Rubenstein Forum, where attendees will hear from leading speakers from industry and government, including Nadia Carlsten, vice president of product at SandboxAQ; Sean L. Jones, assistant director for the Directorate of Mathematical and Physical Sciences at the National Science Foundation; Anne Matsuura, director of quantum and molecular technologies at Intel; Marco Pistoia, managing director, distinguished engineer, and head of global technology applied research at JPMorgan Chase & Co.; Geraldine Richmond, under secretary for science and innovation at the Department of Energy; Jean-Luc Cambier, program director at the Office of the Secretary of Defense; and Simone Severini, director of quantum technologies at Amazon Web Services.

“Having this forum for experts to share knowledge across quantum research, quantum computing, and quantum networking is invaluable in helping advance the state of the field and mature all quantum technologies,” said Nadia Carlsten, VP of Product at SandboxAQ and keynote speaker at the 2022 Chicago Quantum Summit. “I am looking forward to this year’s Chicago Quantum Summit and sharing perspectives on working with customers to adopt early quantum technologies.”

“The Summit is an opportunity to bring our community together to define the field as it expands,” said David Awschalom, the Liew Family Professor in Molecular Engineering and Physics at the University of Chicago, senior scientist at Argonne, director of the Chicago Quantum Exchange, and director of Q-NEXT, a Department of Energy Quantum Information Science Center. “Leaders from across the ecosystem will share their perspectives on how their organizations are developing cross-sector collaborations, building a quantum workforce, and creating infrastructure that will bring quantum technology to the public.”

Leading academic groups will also share their insights with the Summit audience, including leaders from the National Science Foundation’s most recent Quantum Leap Challenge Institutes (QLCI), which were launched last year to further understanding of quantum phenomena, fundamental discoveries, and translation into transformative technologies. Summit attendees will hear about these new collaborations from Kenneth Brown, co-PI of the QLCI for Robust Quantum Simulation, led by the University of Maryland, and Greg Engel, director of the QLCI for Quantum sensing for Biophysics and Bioengineering (QuBBE), led by UChicago.

Four leaders of some of the region’s foremost institutions in quantum research will also come together during a panel discussion at the Summit: Lia Merminga, director of Fermi National Accelerator Laboratory; Robert Jones, chancellor of the University of Illinois Urbana-Champaign; and Paul Alivisatos, president of the University of Chicago. Their conversation will focus on the region’s strengths and future as a hub of the national quantum ecosystem.

The Summit will also host presentations from winners of the 2022 Quantum Creators Prize, which celebrates the achievements of early-career researchers working in exciting new directions of quantum science.

On the evening of November 14, a public event titled “Building a Quantum Secure Future in Chicago” will be held in Preston Bradley Hall at the Chicago Cultural Center, 78 E. Washington Street. The event will include a keynote talk by Marco Pistoia of JPMorgan Chase and a conversation between Pistoia, Awschalom, and Mirella Koleva, CEO and co-founder of Quantopticon, moderated by Jeanne Whalen, global business reporter for the Washington Post.

More information on the Summit is available on the 2022 Chicago Quantum Summit website. Summit programming, including the public event, will also be webcast.

The Chicago Quantum Exchange, a leading national hub for advancing the science and engineering of quantum information and one of the largest collaborative teams working on quantum science in the world, is based at the University of Chicago and is anchored by the U.S. Department of Energy’s Argonne National Laboratory and Fermi National Accelerator Laboratory, the University of Illinois Urbana-Champaign, the University of Wisconsin-Madison, and Northwestern University.