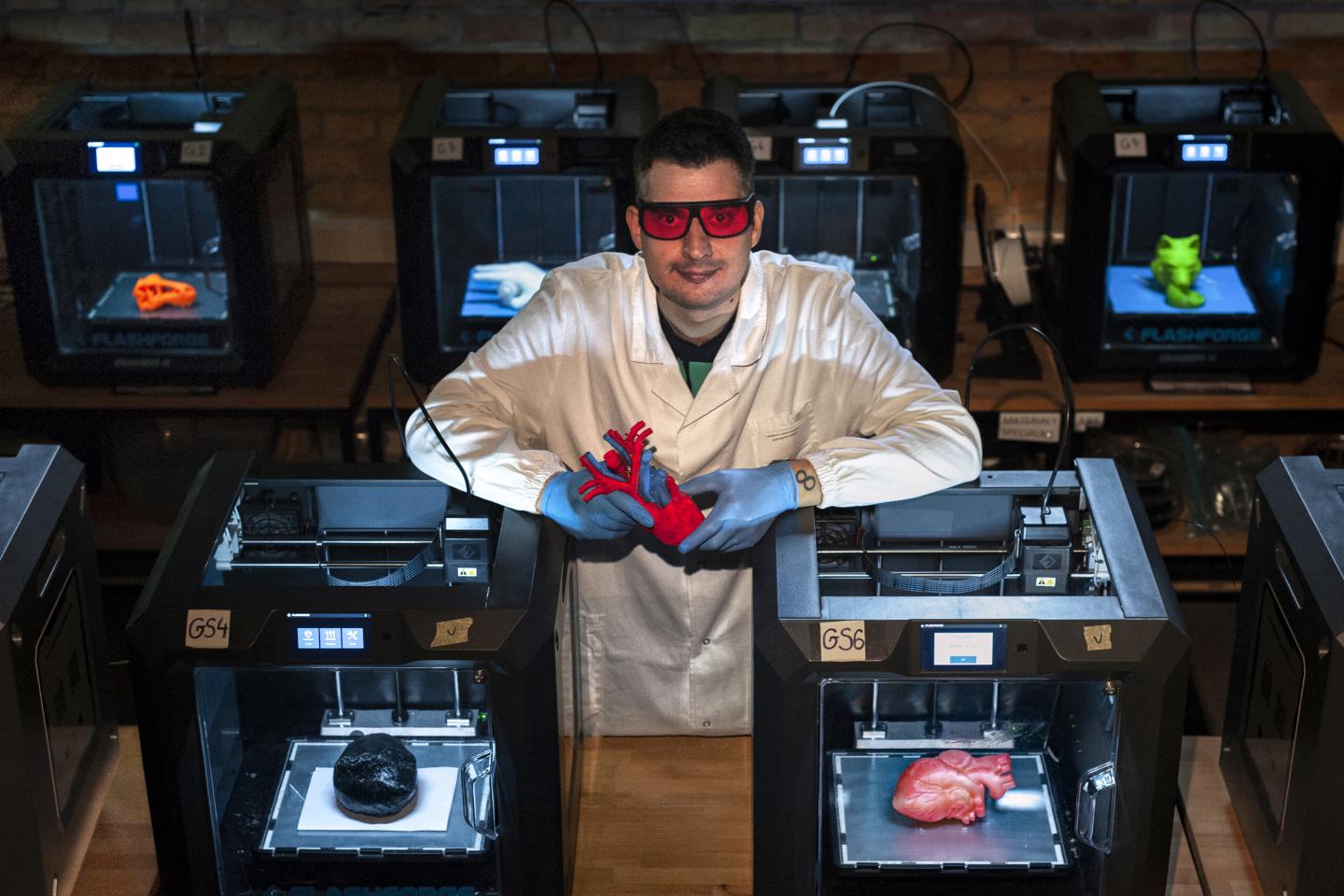 Skeletal muscles make a tremendous variety of actions stabilizing the body in different positions. Despite their endurance during daily activities, they can undergo several mild injuries caused by sport, accidental overstretching, or sudden overtwisting. Luckily mild injuries can be quickly healed; however, when a large part of muscles is damaged or resected surgically, the full recovery can be impossible. Muscle regeneration is challenging, but the development of innovative biocompatible materials tackles that problem. Recently, a multinational team of scientists led by dr. Marco Costantini from the Institute of Physical Chemistry, Polish Academy of Sciences (IPC PAS), and dr. Cesare Gargioli from the University of Rome Tor Vergata (Italy) presented a biofabricated myo-substitutes to restore significantly injured skeletal muscles with unprecedented efficiency.

Muscles are the largest tissue in the body. They are essential for motion, and without them, we would be unable even to stand up, walk or pick a food from the table. Every day, our muscular system performs an endless variety of movements that engage millions of fiber-like tissues into the contracting, shortening, returning to their original shape, relaxing, and even lengthening passively when the other muscles contract. There are two types of muscles: involuntary and voluntary muscles. Involuntary muscles are automatically controlled by the brain, like the muscles shrinking during heartbeats or breathing, while voluntary muscles are actioned when deciding to make a move. Some of them are short like muscles in the ear, while others are long, like the calf muscle controlling the ankle, foot, and toes movement. Each one is highly resistant to stretching and pressure, while there are some limits to their performance. Likewise all tissues in the body, muscles can be injured. Sudden pulling or twisting occurring by accident or in sports can lead to muscle strains, tears, or even ruptures. In some diseases like cancers, dystrophy, or mechanical damage, they can be affected entirely or mechanically cut.

Despite our body’s impressive ability to regenerate itself daily, skeletal muscles in some cases cannot be fully revived. When they are damaged, just after the inflammation and swelling, the body tries to bundle, contracting individual muscle fibers step by step, activating them to grow. These tiny fibrils called myofibers are generated to create the new muscle tissue within the myogenesis process. When the muscles’ damage is slight, they can recover completely, although repairing significant mass defects complicates the total healing. That makes muscle restoration and their functionalities improvement one of the biggest biomedical challenges of our times.

Let’s get starting – regeneration in progress.

Recently, Marco Costantini from IPC PAS with a multinational team presented a biofabrication solution to tackle volumetric muscle loss. They have created a biocompatible spaghetti-like gel resembling a native muscle structure that can be easily made using a 3D bioprinting process. Researchers have synthesized such a gel from an aqueous solution containing natural polymers and encapsulated muscle progenitors, forming a matrix for natural fibers growth. Such highly biomimetic gel was created using a new bioprinting platform that combines a microfluidic printing head with a wet-spinning technology.

Dr. Marco Costantini remarks, “Our bioprinting system has been envisioned to precisely mimic the highly anisotropic architecture of skeletal muscles, resulting in an improved guidance and differentiation of muscle progenitors into functional structures”.

Then, the gel was pre-cultured for a week in vitro to stimulate cell growth and then was implanted into the damaged tissues of a mouse patient having resected muscle. The injury presented in this work was significant as it would need up to several months for healing without restoring the full spectrum of initial functions. The bioprinted skeletal muscle substitute enabled restoring up to 90% of the actual functionalities. Moreover, the muscles were recovered within just 20 days making the synthesized gel a promising material for biomedical application supporting tissue regeneration.

“Restoring the mass and functionalities of a 90% ablated muscle in just 20 days is an absolute record that motivates us in further exploring this approach in the near future. Now, we need to upscale our platform to biofabricate constructs that could support the regeneration of muscles in large-size animals, proving that this technology could be ready in a reasonable time for clinical use in humans.” – claims dr. Marco Costantini

The technology presented by scientists from IPC PAS makes it possible to bioprint living materials on-demand, offering a new alternative of a faster and better recovery to those who suffer from severe skeletal muscle mass loss.

The research was published on 15th February in EMBO Molecular Medicine, opening new horizons for the regeneration of tissues that would not be recovered at all in natural conditions.