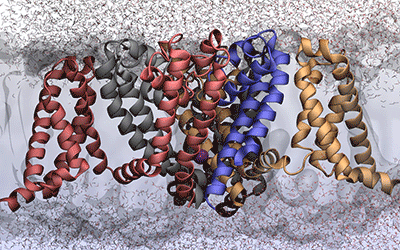 The National Science Foundation (NSF) has announced a major award to establish the the Molecular Sciences Software Institute. Teresa Head-Gordon, Chancellor’s Professor of Bioengineering, Chemistry and Chemical & Biomolecular Engineering, is the lead scientist at UC Berkeley.

The Molecular Sciences Software Institute will fund an interdisciplinary team of software scientists who will develop software frameworks, collaborate with code developers and cyberinfrastructure centers, and partner with industry in support of the computational molecular sciences community. Software developed will expand scientists’ understanding of the molecular phenomena that underlie chemical processes, leading to solutions that will improve citizens’ health and security and grow the nation’s economy.

“The institutes will ultimately impact thousands of researchers, making it possible to perform investigations that would otherwise be impossible, and expanding the community of scientists able to perform research on the nation’s cyberinfrastructure,” said Rajiv Ramnath, program director in the Division of Advanced Cyberinfrastructure at NSF.

Read more at the NSF.