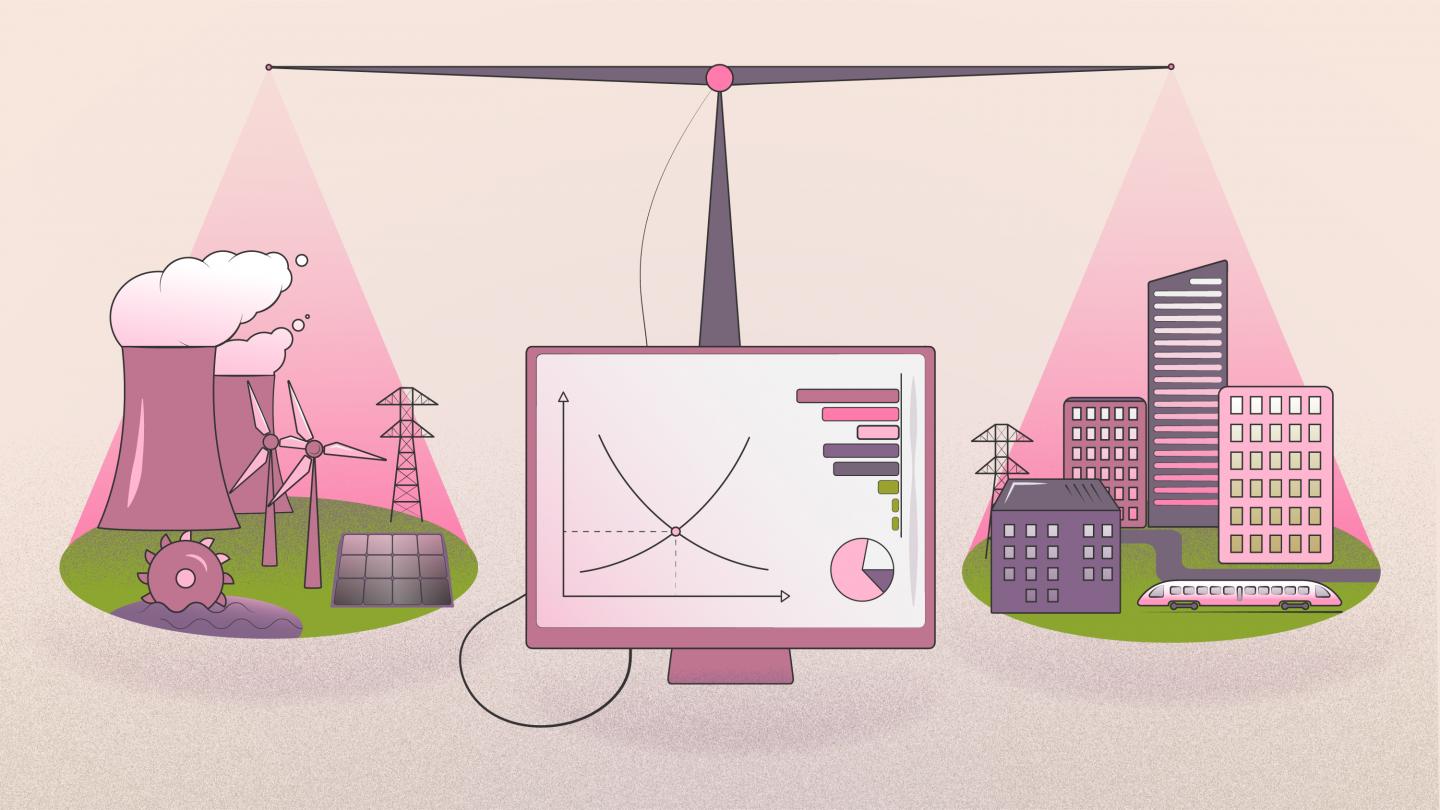 Skoltech scientists in collaboration with researchers from the University of Arizona and the Los Alamos National Laboratory have developed an approach that allows power grids to return to stability fast after demand response perturbation. Their research at the crossroads of demand response, smart grids, and power grid control was published in the journal Applied Energy.

Power grids are complex systems that manage the generation, transmission and distribution of electrical power to consumers, also called loads. As it is not possible to store electrical energy along the transmission lines, grid operators must ensure, ideally at all times, the balance between production and consumption of electrical energy, i.e. the stability of power grids. While it is essential to guarantee the provision of electricity to consumers and meet their needs, random events, such as electric faults, fluctuations due to renewables penetration or a sudden excessive demand, may perturb the grid stability, possibly leading to brownouts or worse, blackouts. An illustrative real-life situation is when the electricity demand for air conditioning is high in case of heat waves, and cannot be met. If the electrical power reserve is insufficient, rolling blackouts may be implemented on a part or the whole of the distribution network; this management strategy, or worse, failures that lead to non-controlled blackouts profoundly affect the customers’ comfort and well-being, as well as the utility companies’ operation and profitability.

Careful scheduling by electricity providers is crucial to manage peaks of demands. To avoid contingencies, solutions exist: generator reserves, ancillary services, and demand response. The latter solution involves the customers who may reduce or shift their electricity consumption at suitable times for the company in exchange for lower prices. Companies may also leverage direct load control programs acting on, e.g., air-conditioners’ and water heaters’ switches.

“Demand response is a low-cost and flexible solution that relies on the customers’ tolerance to a temporary perturbation of their comfort, but it may also cause problems such as the parasitic synchronization of individual devices. Put simply, after some demand response operation like turning all devices on, the devices will all be in the same state, consuming energy; then after some time they will all be off, and then on again almost simultaneously, and so on and so forth, if no action is taken to avoid such a kind of collective behavior. In other words, if all devices become synchronized, the power grid has to bear the stress of consumption oscillations possibly causing instability, and certainly delaying the ensemble’s availability for a subsequent demand response period,” professor Henni Ouerdane comments.

In the new study, the scientists analyzed the relaxation of the energy consumption dynamics of an ensemble of thermostatically controlled loads (air conditioners) after a demand response perturbation. Relaxation must occur rapidly enough to ensure energy efficiency, grid stability, and return to the consumers’ “comfort zone”.

“The focus was on a discrete model that captures the actual discrete dynamics of the system as information and control signals are sent over discrete time intervals. While it was shown previously using a continuous in-time model that relaxation may be accelerated through mean-field control, it is essential for practical load management to rather rely on discretized control models. The study demonstrates that super-relaxation is a genuine feature of discretized models, but also how these models based on a few control parameters provide energy systems operators with an efficient way to effectively manage the consumption dynamics of aggregated loads”, adds lead author of the study and Skoltech PhD student Ilia Luchnikov.

“Our work essentially deals with the optimal use of energy resources and the sustainability of power systems, but the scope of demand response extends beyond power systems management, as it may be applied in other settings like the water sector, the oil industry, and waste management,” professor Ouerdane concludes.

Skoltech is a private international university located in Russia. Established in 2011 in collaboration with the Massachusetts Institute of Technology (MIT), Skoltech is cultivating a new generation of leaders in the fields of science, technology and business, is conducting research in breakthrough fields, and is promoting technological innovation with the goal of solving critical problems that face Russia and the world. Skoltech is focusing on six priority areas: data science and artificial intelligence, life sciences, advanced materials and modern design methods, energy efficiency, photonics and quantum technologies, and advanced research. Web: https://www.skoltech.ru/.